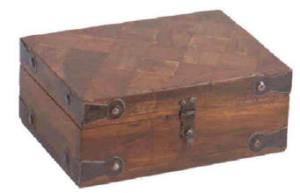 Beatrice looked at the box just in front of her.  She held it with both hand while it rested on her lap.  Tears fell on the lid; Beatrice sat motionless, deep in her thoughts.  It had been a couple of hard days since the death of his brother; murdered by her lover.  She would now be the Queen of Remenia, as she had planned.  With Alice demise, Beatrice easily distorted the events of that day.  She said Alice had confessed she had deprived the King of his life, before committing suicide in front of Beatrice.

Once again the kingdom mourned the death of its King.  Once again they would crown a member of the royal family; and it would be Queen Beatrice.  She grinned with that reflection.  But the smile would fade at once.  The price she had to pay was stiff; she had lost her love Alice.  The rain compounded her feelings, but she enjoyed feeling miserable.

Duke Roland visited Beatrice earlier that morning and delivered the box in Beatrice hands.  He found the box while cleaning Alice’s wardrobe.  The box had Beatrice name on it.  The Duke knew how close Alice was to Beatrice, and had respected what he thought were Alice wishes.  As he departed, he knelt and kissed Beatrice’s hand.  She could the sadness in his face; loosing his daughter was devastating.